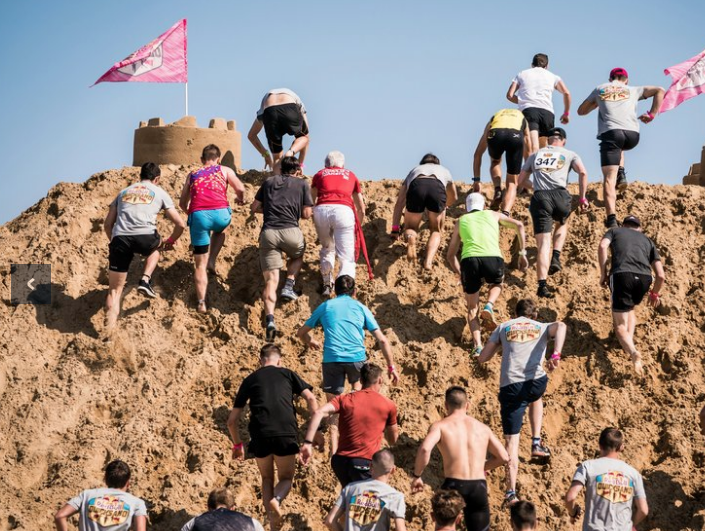 From the beach to The Beast, there were plenty of unique events taking place over the first September of the month – not to mention our monthly Parkrun get together…

Just when you thought we were bidding goodbye to the summer, the warm weather returned this weekend but with much more manageable heat for running, which made for some fantastic events this weekend.

There was the Kent Coastal Marathon, a beautiful road half marathon that starts in Margate and travels along closed roads to take in Ramsgate and some of the rest of the Thanet coast. Word on the street is that it’s a bit of a loopy course though…did you run it?

And it was to Margate again this weekend that the inaugural RedBull Quick Sand event took place. A one mile race of two 0.5 mile loops, it sounds easy but it certainly isn’t when you learn that the event takes place on sand and you run up and down huge hills topped with stand castles and sand trenches that sap the energy from your legs. The event is split into male and female heats and you race other competitors to either go through to a semi-final or to a qualifying round. Let me tell you, it was a killer on the quads (race review coming up). RedBull’s goal is to build this event and eventually grow it so that the format can be taken elsewhere in the world. It’s a fun format, and definitely one to do with a group. But bear in mind, a mile is not a mile when you run it in sand!

And then on to The Beast, an event that one of the GRTW the community took part in over the weekend which caught our eye. A beautiful 12.46 mile trail event that takes in place along the beautiful Dorset coastal path…which means it’s brutal. With a maximum elevation of 1697 feet, this is one off road event that is all about the ups and downs! It’s too late for this event for 2018, but The Beast is part of a Purbeck Coastal Trail Series, which comprises six races – and there are some unique ones still to come this year, including the Studland Stampede, a 12km route over the beaches on Studland Bay on October 15th.

But over to you. Where did you run or race this weekend? Did you Parkrun debut or PB? Did you do a unique event that you want to shout about? Let us know!