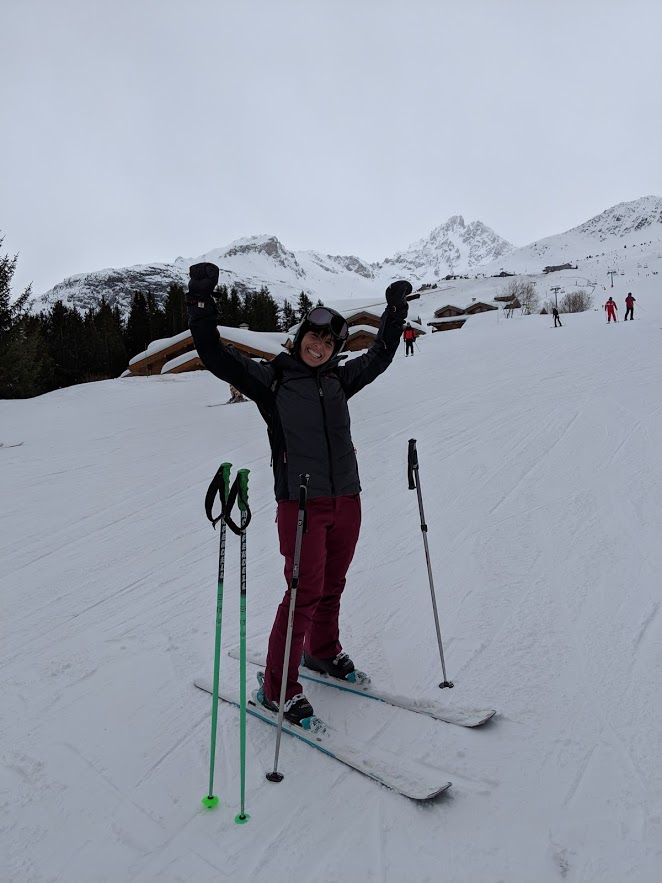 For the first time, #grtwproject26.2 runner, Marie Knight, believes that running the marathon really is possible. And how to ensure that she doesn’t eat herself out of house and home as the miles increase

When I was growing up, The Wizard of Oz was one of my favourite films and never have Dorothy’s words ‘I have a feeling we’re not in Kansas anymore,’ felt more true.

I’m writing this feeling very pleased with myself for having finished my long run, 17 MILES. This is the longest distance I have ever run, and more than I’d normally cover in a total of seven days running in my normal running world.

Approaching the end of block 2 of GRTW project26.2, and with just 6 weeks to go until the Brighton Marathon, it’s not a surprise that my running mileage has increased considerably, but it is a surprise to discover how good I feel about it. Today was a prime example of waking up with a multitude of reasons for not running.

It was a perfect Sunday for staying inside with coffee, newspapers, Netflix – dark sky, horizontal rain, and gusty winds. But the great thing about having a race approaching and a tailored plan to ensure that you make it to that goal, is that you feel compelled to get out and run and it holds you accountable.

The leap in mileage this month has been accompanied by a massive increase in my appetite. And whilst it’s been tempting to use this as an excuse to chain-eat cake and biscuits, it has made me much more mindful about nutrition, the value of what I put into my body and how this effects my running.

I’ve noticed that when I’ve had a few days of quick food on the hop, or lazy cooking that isn’t really ticking all the right boxes. As part of project26.2, we were all asked to complete a food diary over a weekend which helped me understand more about how I was feeling both during and after the different types of run that I do.

I can quite often feel headachy or nauseous at the end of a long run and looking at my food diary I could see that I wasn’t drinking  enough water on the days before a long run. Hints and tips from Coach Rachael have helped me adapt what I eat and drink, and more importantly, what time of day I am eating it.

The two big revelations for me is that I rely too heavily on sports rehydration salts to hydrate (I thought the salts were helping!), and that by bringing my meal times forward by an hour or so here and there, I can remove the need for unnecessary snacks. The result so far is feeling better fuelled and feeling more settled during and after each run.

Everyone told me that marathon training is all consuming and I can confirm that this is true – joyfully so! But as well as noticeably building up my strength and mileage in February, I also managed to enjoy a full week away from running for some much-needed holiday time. I am not sure my legs would 100% agree that the holiday was a true rest from running given that I decided to put them through a different kind of punishment instead by learning to ski.

It was amazing to go away and feel confident and fit enough to give this a go. I’m not sure I would have done this three years ago and a lot of this confidence has come about from my running and the different events I’ve done in the past, knowing how much the human body can do if you give it the chance. It was a good reminder that completing the marathon is definitely possible!

A week off in the middle of training like this would normally have felt like a ridiculous thing to have planned, and put me in a spin about what a disaster this would be for the rest of my marathon training. However, part of the point of a personalised training plan is that it works around your life and the plan was designed to work me hard in the weeks before I went away to allow me this week of ‘rest’.

My plan is giving me a new-found respect for proper rest and recovery. Despite giving my legs and feet the shock of their life by spending a week in ski boots, I came back from my week in the Alps feeling well rested and ready to get back to running. There was a 16-mile run scheduled for day after I returned which initially felt impossible, but I managed to get out there and complete nevertheless.

Rest and recovery remain a key feature in my training now that I’m back from the mountains albeit that it sadly involves a lot less cheese-based cuisine. Sleeping is my super power; my friends often joke that I could sleep standing up and I think I’ve come pretty close a couple of times this month. I’ve noticed a definite need to sleep more in February as the miles have increased and particularly after the interval sessions which did not normally make up part of my weekly running routine. These seem to work me harder than the long distances.

Sports massage and foam rolling are also regular components which is a lot less easy to make myself do than heading to bed an hour early but are still a necessary evil. My feet in particularly are feeling tight which apparently is a result of tight calf muscles and hamstrings. I now have a whole selection of beastly but annoyingly effective foam rollers dotted around my flat so that I can roll whenever I have a free moment or chance to watch the tele. I definitely prefer the deep baths full of fancy bath oil to treat tight muscles and aide recovery, but they don’t seem have quite the same effect. On the plus side, I’ve stopped arguing and ranting at the TV and radio because I am now too busy grimacing on the foam roller.