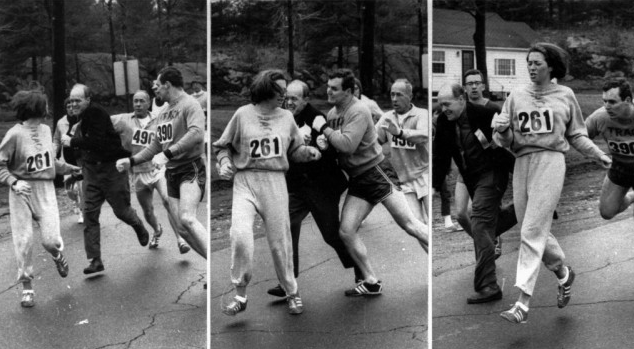 On this International Women’s Day, we are celebrating the trail blazers across running and triathlon, and pledge to work towards bringing gender parity in race participation and coaching

In 1967, Katherine Switzer became the first woman to run the Boston Marathon. Her coach at that time said women were ‘too fragile’ to run marathons, while a race official tried to bundle her off the course.

Katherine not only finished the race, but many more subsequent races and paved the way for many other women to compete too. Katherine has since set up 261 Fearless to encourage more women in running.

Nowadays, the participation of women running marathons has exploded, with an estimated 56.3% increase globally in the last decade.

In the world of triathlon, it was not until 1979 that the first woman, Lyn Lemaire raced in an Ironman. Just over 40 years on, while participation by women in triathlon and Ironman distance (3.8km swim, 190k bike, 42.2km run) is increasing, it still hovers at around 12% at Ironman events.

While in the Western world, women are still fighting for gender parity, elsewhere many are still simply trying to gain the right to take part at all.

Shirin Gerami is blazing a trail in the Middle East and became the first female triathlete to represent Iran at the the Ironman World Championships in Kona, October 2016.

Jackie Faye, founder of She Can Tri is working in this area to, with her foundation training the first female triathletes from Afghanistan in the recent Ironman Dubai 70.3 in January 2020.

No barrier too high

It’s not just about participation but about women performing and achieving incredible things irrespective of age, background and having to juggle training, as well as other commitments.

These women are true Girls Run the World trailblazers.

But more needs to be done to help more women feel confident about taking part, alongside encouraging and giving a voice to more female coaches in the world of endurance events.