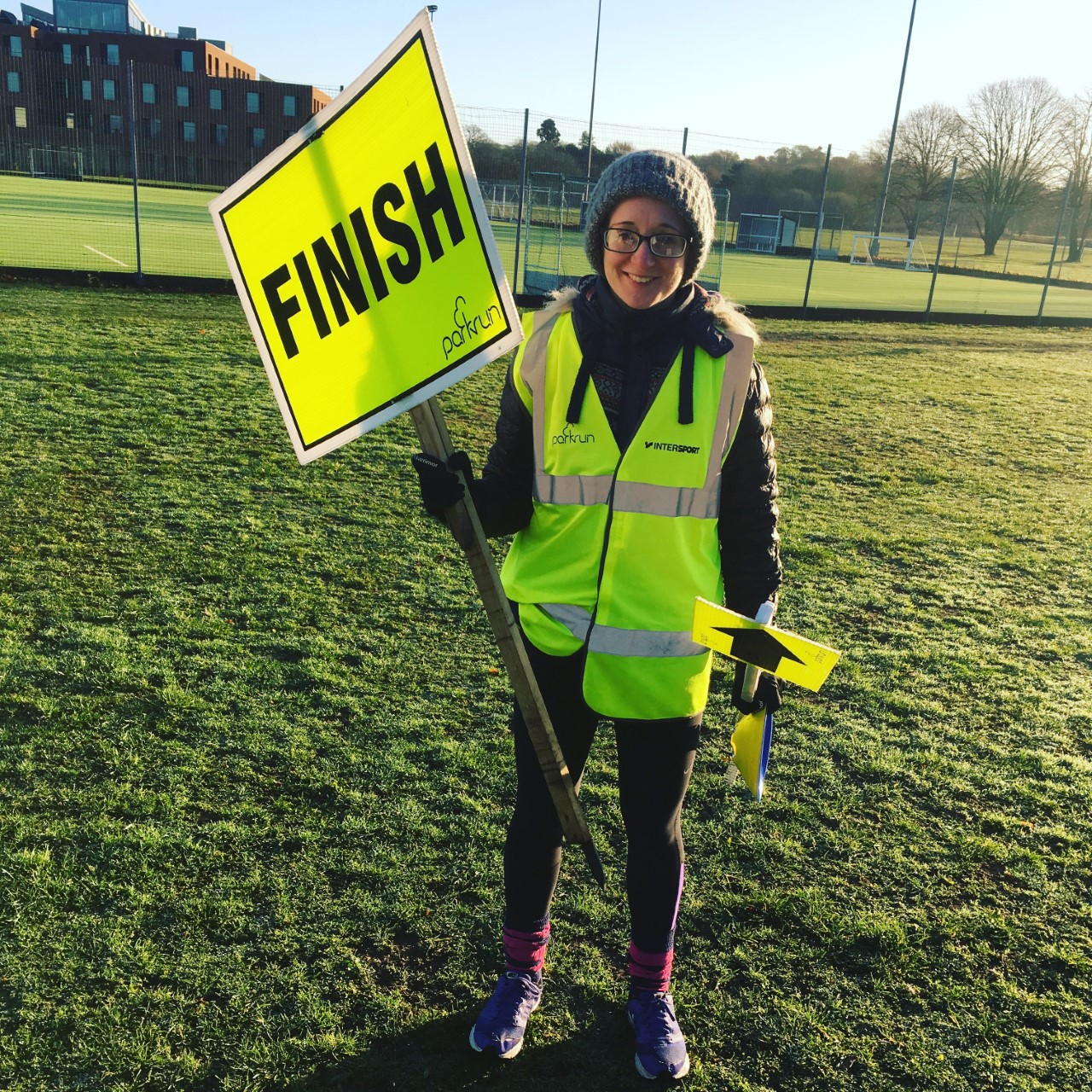 In her first block of virtual marathon training as part of Girls Run the World Project26.2, Catriona Ward Sell, 31 has learned that running longer distances requires a totally different mindset…

Surely no truer words have ever been said about marathon running, either.

I am a middle distance runner. In my year-and-a-half of club running, I’ve reached a decent local level; I can consistently run a sub-20 parkrun, am knocking on the door of a sub-40 10k, and perhaps slightly fluke-ishly, qualified for a Club Championship place at the London Marathon by running two sub-1:30 half marathons.

I perhaps clicked “apply” to the London Marathon too light-heartedly. How different could marathon training be? You just run for a bit longer, right?

Oh, you naïve former self. Marathon training, as I have discovered with Tara, my excellent coach from Girls Run The World, is a whole different ball game.

Firstly, there is a lot of slow running.  I’m an adrenaline junkie; I like doing intervals as quickly as I can, turning the treadmill to a level where I risk flying off, or putting my pride on the line by challenging the guys at work to a race (to contextualise, I am in the Army, so extreme physical challenges are pretty much encouraged in my vocation).  Marathon training does not appeal to adrenaline junkies. Marathon training requires slowing down.

Secondly, there are a LOT of kilometres to cover in a week. This was expected but I thought the bulk of the distance would be in the once-weekly designated Long Slow Runs (in runner’s jargon and Insta-hashtags, LSRs). Nope. The distance of every run during the week will increase.

And lastly, at this stage, the types of training runs aren’t ending with my lungs on fire. This might seem like a welcome break to some of you, but I love the feeling of a hard run. It gets the endorphins flowing, and, yes, I feel more justified in reaching for an extra doughnut when I’ve reached that maxed-out zone.

Getting used to longer, slower runs has meant I’ve had to work on my mental game, find a space to put my mind.  Because, on longer slower runs, you have a lot of thinking time, and depending on how the run is going, your head can take you to some downbeat places.

For the first few weeks, I felt frustrated and bored. The first run which I enjoyed was my second LSR. I’m new to the area in which I live, and I found a beautiful wooded trail which goes on uninterrupted for miles. I did 16 kms here after volunteering at Junior Parkrun, and both experiences helped me to remember a different side to running – its inclusivity and offers of exploration.

Neither of these are better or worse motivations than chasing PBs, which I expect will always be my main goal. But is a different side of the same medal, and deserves equal recognition within the sport.

I was also worried. My speed seemed to be zapped from my legs. A Cross Country outing with the Army in the middle of week two wasn’t in my training plan – but when, in the military, your boss tells you to run, the only acceptable response is to ask “how fast?”. Although I finished second female, I was slower than usual.

This week, however, has been much more positive. Within a couple of runs, I’ve managed to glimpse my old 10km time (4:00 min/km). Although in time I aim to be faster, for this marathon training cycle, I was scared that I was just getting slower.   Perhaps, as was first feared, that isn’t happening. Perhaps it’s just my body getting used to the extra miles.

But back to the task in hand: I’m not sure yet if I’m looking forward to the actual marathon, nor if I’ll do another one again. It’s too early within this training cycle to say, and frustrations, fears, anxiety and – just this week – some kind of nervous hope has created mixed emotions. But one thing’s for sure: John, you were definitely wiser than your 8 years. Mentally, physically, and emotionally, even feeling like you’re training for running takes a lot of practise.

Girls Run the World offer personalised virtual coaching for all distances and all levels. For more details click here.