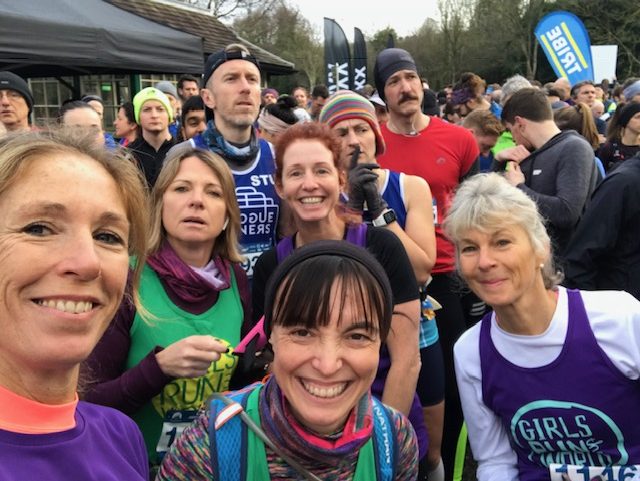 After winning a virtual marathon coaching package as part of the Girls Run the World project26.2, Marie Knight reflects on her first month where she discovered the value of recovery runs…

I can’t quite believe it’s the end of week four of my training plan, and it’s been a learning curve; getting to grips with new running shoes, new training app (Girls Run the World use Training Peaks to deliver personalised plans from their team of female coaches), a new approach to nutrition, not to mention learning to programme my Garmin watch correctly, which I’m ashamed to say I’ve owned for 2 years without ever doing this. And then there is the small matter of the running itself.

I usually take part in GRTW Runuary to kick start my year of running without any particular focus for each day’s run other than the fact that I know I need to complete one at some stage. So it’s been an exciting change to having weekly plans delivered to my in box detailing distances, pace, focus, tips on form and type of run, all designed to help me to achieve running the Brighton Marathon in a time of approximately 4hours 35 minutes.

I’ve loved being able to look at the plan for the week ahead and shift things to fit around work and play. I’m also enjoying not having to worry about what training I’m going to do each day, trusting the coaching process to get me where I need to be in the end.

I’m a classic over-thinker and I would already be panicking about having the week off for skiing I’m having in February and what impact this would have on the rest of fitness and plan.

The biggest thing I’ve learnt is the value of running slowly…which sounds a funny thing to say as I’m not what you might consider a fast runner to start with. Settling at the correct recovery pace has been so challenging but it’s also given me the chance to focus on form, breathing, cadence. It’s also been the hardest thing to nail because it often feels like I’m barely moving faster than walking pace.

But most interestingly of all, it’s helped me to achieve more during the speed interval sessions , as well as providing valuable time on feet with active recovery. I guess the clue is in the name? (D’oh!)

The strength and core work included on my plan via the Girls Run the world YouTube channel have been a love/hate addition to my plan. It’s the area of my normal fitness routine that I’ve always abandoned when training for half marathons, thinking I didn’t have the time.

It turns out these short, guided, 20-minute workouts can fit in but they leave me feeling more exhausted than the running (which I know is exactly why I need to include them) and deadbugs have become my new personal nemesis.

My favourite run so far has been the Maverick Inov-8 West Sussex, which was part of the GRTW January meet up. Stunning scenery to distract me whilst tackling brutal, muddy hills and undulating forest routes.

The focus that I was given was to treat it as training rather than a race  by keeping at easy pace throughout (which I eventually did after starting off way too fast with the excitement of the starting line), running alone rather than with run buddies to help give me a feel of how it will be during the marathon, and completing the distance without the use of gels. The theory being, your body can fuel aerobically using fat storage and if you get your body too used to gels, it won’t be able to get the maximum benefit when racing.

I hadn’t even considered it possible to run that far without gels and it felt great to finish and know that I have the endurance to run without gels, allowing my digestive system a chance to be without them for a while. It’s also given me something to think about in terms of using them for future training runs at easy pace, as I clearly don’t always need them.

It was a tough and challenging 14 miles all-round, but I got to the finish to be cheered in by a smiling GRTW crew. Plus a beer in my goody bag to go with the medal.

If you want to follow the journeys of our four Girls Run the World Project 26.2 runners, follow the IG #grtwproject26. Lend them your support and learn through them as they journey towards the marathon finish line.