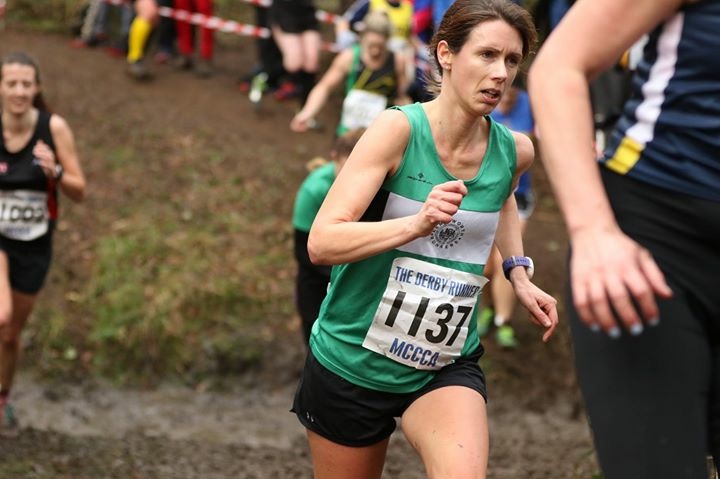 Our third #project26.2 runners, Kerrie Flippance, shares how recovery runs and training zones has transformed her running…while she contemplates a 5am start as she juggles marathon training and motherhood

Manchester Marathon will be my first marathon and I ‘panic entered’ last August after reading a friend’s Facebook status which led me to believe it was about to sell out. To date there are still places left!  After I entered, I tried to forget about it, ignoring all my friends’ excited social media messages about who was training on what days and where could we run to vary our training.  I was in denial.

Until I received an email from Girls Run the World, informing me that I had won one of their amazing marathon coaching packages. I never win anything, well except four tickets for a gig from a phone-in competition in 1992.  I was filled with excitement and utter terror.

My first thought was, ‘If I have a coach, I’ll actually have to run 26.2, I can’t make an excuse on the day that I’m not well enough or or fake an injury.’ And I also knew that I’d have to stick to a plan and I was scared I wouldn’t be able to. A month into my plan, it has been the best thing to have happened, having Rachael from Girls Run the World as my virtual coach.

Receiving my first two weeks of the training plan (they’re delivered in two week blocks to help accommodate what may happen within a fortnight), it was great seeing all the varied sessions and to be given ‘zones’ based on my pace, something I’d never thought about before.

Although I’ve always done a variety of training runs, a long slow run and a weekly track interval session, I’d never really thought about what my pace was and the importance behind knowing different zones and how they impact progress and recovery; for instance, there’s a pace for recovery runs, one for interval work, tempo work, etc. Now I can really bore my husband and non-running friends with even more talk about running! But, more importantly, I now understand how training can improve my running.

BUT over the first two weeks, I was shocked at seeing five rest days in my training diary and that made me panic! I knew the importance of rest days, I’d read about it time and time again, and been told so many times by running friends that I needed a rest day, after I’d moaned about how tired I felt.  But FIVE days off running?

This has been one of my biggest learning exercises so far.  I’ve followed the plan to the letter and the rest days have been tangible.  I use them wisely by following the stretching, yoga or core work that’s been set on the plan or go for a swim.  For the first time ever, I’ve never felt tired on a run, a first in ten years of running.

I know this may not be the case throughout my marathon journey but I am surprised by how good I feel and this is down to a plan that is personal and allows my body to recover ready for the next run.

I felt pretty rubbish for a few days during week three of the training block after competing in our county cross country champs, but I’d raced hard.  And whereas usually, I get to the point where I want to slow down, and feel like the hills and the mud are breaking me, I was able to keep pushing.

My two running pals, who normally catch me at the half way point, still caught me but rather than the distance between us growing, we stayed together. It was the most consistent performance I’d put in for a cross-country race, and I believe this is down to a carefully tailored plan.

My high so far was my long 15 mile training run last weekend. I’d been dreading it as I had only ever run that far once before. Plus, the training plan specified to run the final three miles at my marathon pace! No way was I going to be able to do this, I thought, not after already running 12 miles. Rachael warned me that it would be hard and I really thought that this run was going to be my first ‘fail’ on the plan.

But I ran the 12 miles at the easy pace recommended by Rachael, and I felt pretty good.  I’d run with my husband for the first four miles and a friend for the next seven miles, but told her that I wanted to run the last four on my own so I could focus.

My watch beeped to let me know when to change pace and it was like someone had fired a starting gun or given me a huge slap on the backside. I instantly changed mind set and went for it and my legs went from feeling tired and sore to feeling great, they wanted to run at this pace.

AT first I thought I was probably running too slow  when I looked at my watch, I was running at 30 seconds per mile faster than my marathon tempo pace.  The shock of feeling so in control with a good amount of energy in the tank really spurred me on, although Rachael has told me that I need to be more disciplined on future runs or risk undoing all my hard work, but it was a great confidence boost.

So far, I’ve loved my training butI live in a  beautiful part of the country with lots of trails that pass by castles, canals and cycle paths. And my training hasn’t interfered too much with life, although this will change over the next few weeks when my children’s social lives will interfere with my weekend runs (I’m envisaging having to get up at 5am to get my long run done, or worse still, doing it after they’ve gone to bed).

So, four weeks in and I am no longer in denial, I’m excited and ready for the challenge.  I love not having to think about what training I should be doing, and whether I am doing too much or too little!  I’m not having to think very much at all which is amazing when you have a very busy life.  Rachael and my carefully devised training plan think for me and all I have to do is lace up my trainers and run.