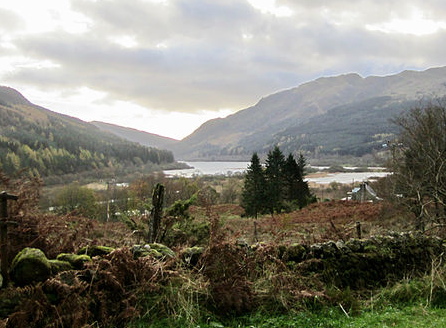 While the weather broke almost all over the UK this weekend, that didn’t stop the GRTW community taking on some absolutely beautiful events from the magical Mhor Marathon in Scotland to the Sailsbury’s 54321 Half Marathon in the West. Where did you run? As the summer holidays begin to draw near to an end, there are not so many of our runners posting from far flung destinations but there are some equally as stunning routes as part of events taking place here in the UK which is showcasing just how beautiful running can be in this country in the summer when you can actually see the scenery without cloud, mist and/or snow.

A case in point is the magnificent Mhor Marathon which one of the GRTW runners participated in this weekend. Also available as shorter distance, the full marathon takes in the breathtaking mountainous terrain which make up the Trossach’s National Park, with a maximum ascent of up to 2250 feet , with enough level parts to allow you to take in the stunning Lochs Lubnaig and Voil.

It’s certainly an event that would have benefited the runners from all over the UK who will join us in our first GRTW Meet Up at the Snowdonia Maverick event (it’s almost sold out, book it if you want to meet us there!). There have been lots of training runs recorded over the weekend from these runners, although for us Southerners, nothing quite as hilly as we need.

Elsewhere, runners took part in the Salisbury 5,4,3,2,1 Trail Half Marathon, although again, this event offers a range of distances from 5km up to a 50km ultra. Why the name? It passes 5 rivers, 4 hills, 3 country estates, 2 castles and one cathedral.  The terrain is mixed using bridleways, trails and road but allowing runners access to private country estates which are usually closed to the public. Beautiful.

Where did you run this weekend and what were you training for? Comment below. And if you ran either of the races above and would like to contribute to our Race Review section, please email rachael@girlsruntheworld.co.uk