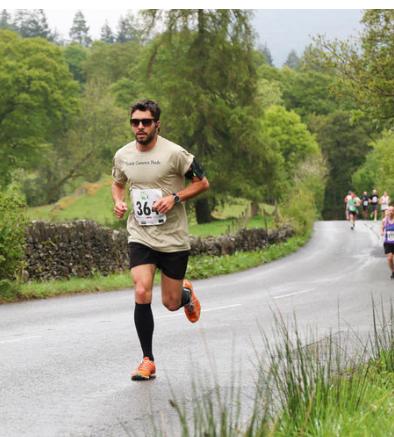 Running can get you fit, help you meet new people and explore the world. But as #milesformatt has shown, it also has the power to do a whole lot of good and drive positive change and action…

Looking at our Strava club, this weekend was not about races or parkruns (although there were a fair few of those around too) but about running 3.7 miles in memory of the 2017 Masterchef finalist, Matt Campbell who collapsed 3.7 miles before the end of the finish line at last weekend’s London Marathon.

What most people already knew about the 29- year old from the TV show, was that he was a likeable and extremely talented chef and that he’d sadly lost his father, suddenly and unexpectedly in 2016. But then The Brathy Trust, a charity who work to help inspire disadvantaged children and whom Matt had been helping raise money for, released a press release.

It revealed that Matt was not only a fantastic chef and runner (he’d run the Manchester marathon two weeks before in under three hours) but a pretty amazing human being full stop, setting up the Martin Campbell Memorial Fund in memory of his father, which had raised £14,000 to help young people with mental health problems.  He’d been planning to run his third marathon, the Windermere Marathon next month to raise even more money.

So far, £250,000 has been raised in his memory but runners across the UK and beyond running the last 3.7 miles of his marathon. It doesn’t change the fact that a young man has lost his life, tragically leaving behind a family who will miss him terribly. But if anything positive can be drawn from this, it is the power of a running community coming together virtually.