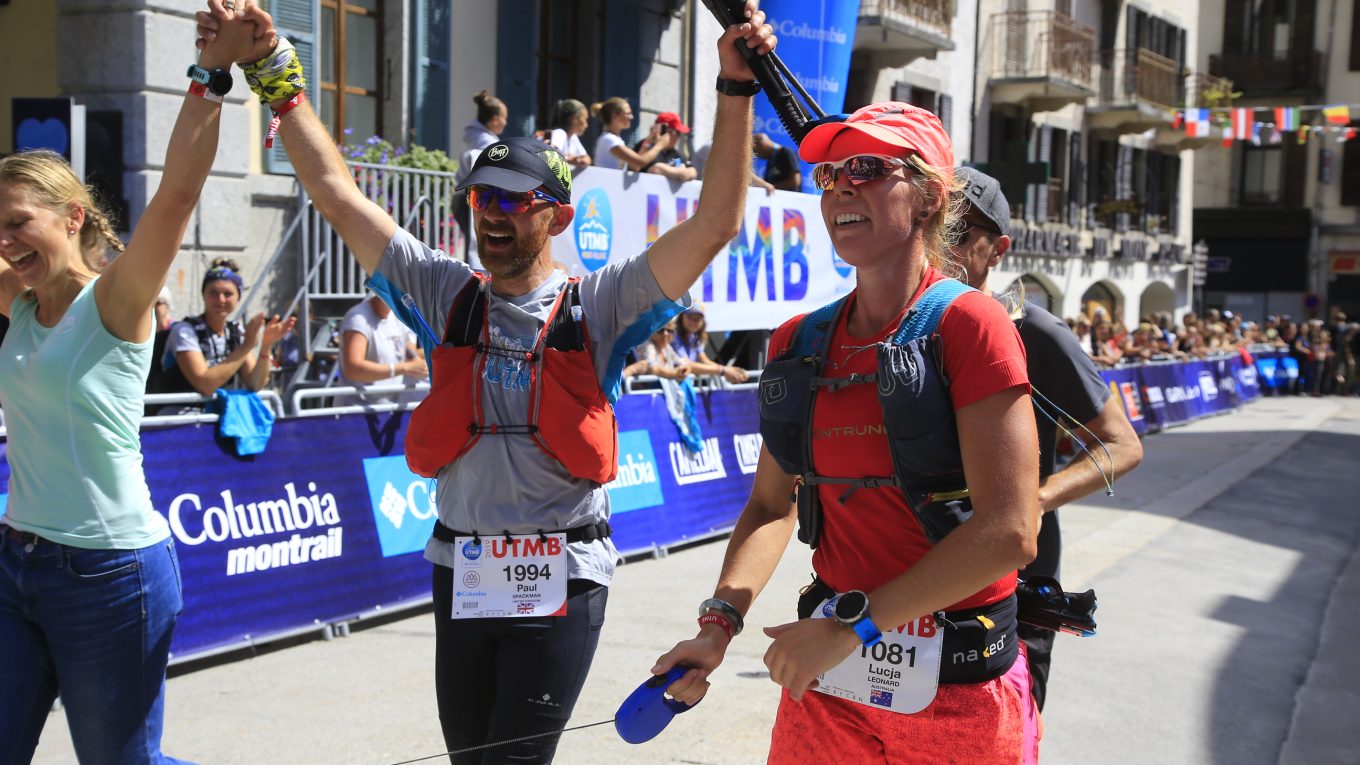 In our latest series, Lucja Leonard from the GRTW Ultra running coaching team shares the lessons that she’s learned from each race to help her improve

Lesson: Test out your nutrition

I had no idea what I was getting myself into when I entered this self-supported multi-stage race of 250km over seven days though the Kalahari desert in South Africa.

I’d chosen to enter it after seeing it in a book that my husband, Dion had bought me, called The Worlds Toughest Endurance Challenges.’

I had researched the event by reading blogs by other runners but nothing prepared me for trying to eat and drink enough to support being out for so many hours each day.

I learned to drink on the run more using salt tablets for balancing my sodium levels, and that you MUST have food variety. I tried to eat Clif bars the whole event and I now can’t even see them without wanting to retch!

But the thing that pulled me through it all my mental endurance, and which helped me to second place woman.

Lesson: Train to recreate the stress of the terrain

Riding on a high from my Kalahari race, I headed to the notorious Marathon Des Sables and didn’t bother changing anything in my training.  What a wake up call!

I was not prepared for the sheer amount of sand and how this would sap my strength and energy, along with mental reserves. And the heat was horrendous! It made me feel like I was being cooked from the inside out.

I’d trained in an Edinburgh winter for the Sahara desert and believed that my fitness would override the heat factor, but no matter how much water or electrolytes I drank, I couldn’t hydrate and it drained my mental reserves.

I broke down at the second checkpoint on the third day, dehydrated, exhausted and convinced that I was going to drop out. But a fellow British competitor, Rory Coleman, helped me cool my head and neck with a wet buff, encouraged me to take some Panadol and to rest for 15 minutes in the shade before making any further decision.

It was enough time to help me recover and to carry on to the finish. Not as successfully as I’d hoped but I learned more in that week of struggle than I had in the year previous.

My first mountain ultra, the 125km Transgrancanaria has 8,500m ascent & descent, which is the equivalent of scaling Everest. Except, I didn’t event look at the route elevation chart before the event.

I had no clue and didn’t even take hiking poles! This was a hard-earned medal, which I nearly didn’t get because I was chasing the cut-off times. I learned a valuable lesson in researching the race beforehand and making sure my training fitted the event I was training for.

Lesson: Consistency in training is key

With two more years of ultra running experience under my belt, I was ready to give this event another shot. And this time, I was absolutely regimental in following my training plan. No missed sessions, all the training planned out which included heat chamber training and hot yoga to ensure that I was ready to cope with the heat.

The UTMB is the dream of every ultra runner. Not only is the race extremely difficult, with a distance of 106 miles, 10,000 metres of ascent and technical descent, it’s very hard to get a place because it operates on a ballot entry system for which you first have to qualify.

And so I pushed myself to do the race, even though I was totally unprepared. I’d spent the first half of the year preparing for a self guided run across The Netherlands, and working really hard. On top of that, my husband, Dion, suddenly became the centre of a media storm when he found lost dog while running an ultra in China (now turned into a best selling novel, www.findinggobi.com).

I was a mess, and physically & mentally drained. I made it 30 miles in race before I pulled out.

A very hard lesson in taking recovery seriously and understanding that mental and emotional stress is as taxing on the body as training.

Lesson: Having a coach is a game changer

I recruited the help of a running coach to prepare me for this my first 100 mile race, Leadville which has 3,000m of ascent with 4,500m elevation.

Fortunately I was living in Chamonix which helped my training but most of all, it was the accountability of working with a coach that made the difference.

It means that I trained hard and smart, taking the recovery when perhaps I might have kept running, and getting the right mix of sessions. I also had a great nutrition and hydration plan and worked on mindset to help me when times got tough.

Without having all that, I would not have finished. I struggled to fuel correctly, but I still made it, crossing the line with 53 mins to spare.

After applying for three years to get back into this iconic race, I’d gained a lot of race and training experience and now I was living in Chamonix, I had the best training ground.

Having the confidence of knowing I’d finished a 100 mile race, I was ready to tackle this head-on and I trained really hard in the mountains, and on the actual route itself, with lots of training hiking and building my leg strength to tackle the 10,000m of ascent and descent.

I was the fittest, strongest and leanest I’d ever been for a race and my hard work paid off when I crossed the line after 42hrs out on the course to the cheers of literally thousands of people lining the streets of Chamonix.

If you would like to work with one of the GRTW coaches 1-2-1, find out more here.

Find out more about our premium digital membership launching in January. Giving you the chance to be part of our Audacious Goals team training for your first 100km under Lucja. Sign up to hear more here.