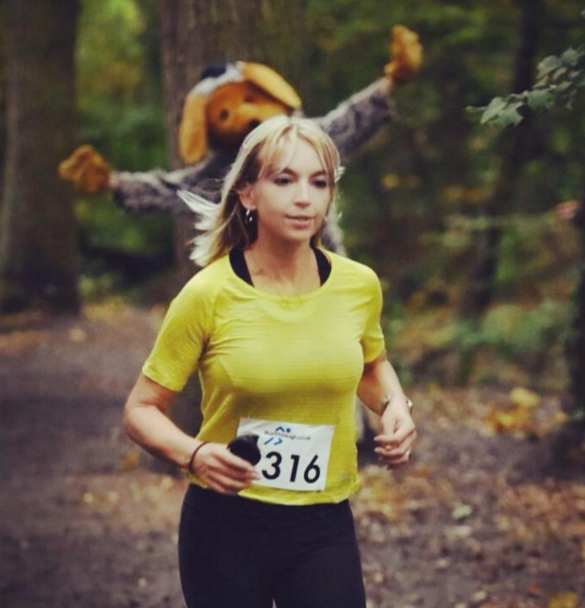 Many of us have experienced it – the unwelcome sound of footsteps gaining on you, then that sideways ‘Beat you!’ glance as they pass.

As you resist the urge to proclaim; ‘Hang on buster, I’m on a training run! (or a treadmill!) – this isn’t a race! And by the way, I’ve just run xx sodding miles!’,  you might wonder what has got this guy or gal’s goat.

The usual suspect is, more often than not, a relatively new runner or weekend warrior, whose ego is disproportionately tied up with running as fast as possible.  And not being ‘beaten’.  At least – god forbid – not by a woman / older person / someone who ‘looks’ unfit.

One theory is that Competitive Stranger Syndrome (or CSS),  to coin a term, is most likely to occur when  a runner encounters another runner who feels, for some reason, that they ‘should’ be faster.

Those with a competitive mindset are clearly more susceptible to this kind of logic, but few of us are completely immune, including me. In the spirit of full disclosure, I must confess to my own ‘CSS’ moment.

Approaching the last leg of my local parkrun one Autumn morning, I noticed a man in loafers and a v-neck jumper ahead of me. I suddenly felt that it would be an insult to be beaten by this causal interloper in knitwear – so I picked up the pace, passed him, and bagged myself a PB! Take that, M & S man!

So does that make me an over-competitive menace, or is this just another motivational strategy?

Why not channel a negative thought (‘He looks like he stumbled across this on the way to the allotment and casually just joined in… it’s not FAIR!’) – into positive energy to fuel your performance?

Perhaps within a race environment, it’s more acceptable to play these little games, and it is true that many top runners enjoy ‘picking off’ strangers, as they advance through a race.

With no shortage of organised races to choose from, clearly there’s a time and a place for competing with strangers. It is just that some folk seem to have missed the memo that the appropriate time and pace is NOT against a stranger in the park, who did not invite you for a race…

So if you’re out training or running for enjoyment, try not to let a Competitive Stranger Syndrome bother you, or get drawn into a ‘race’ that you didn’t sign up for – there won’t be any medals – and if you try to keep up, you may get stuck with them!

Stick to your plan, and remember that we’re all on our own journey – some just have a little further to go than others.

So why not let them have their little moment of ‘glory’? Give them a smile as they overtake, and carry on running your own run, in peace.  And in knitwear, or a womble suit if you so please 🙂