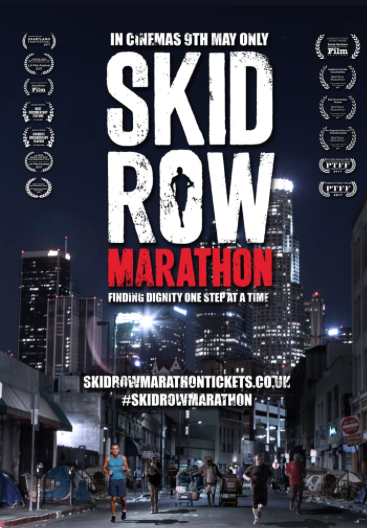 If you’re a runner, you know how transformative running is; it can change your mood in all the time that it takes to run for 20 minutes. And with each goal you achieve, whether a personal best or a new distance target, your confidence to believe you are capable of achieving more encourages you to challenge yourself to be a better you in all areas of your life.

If it needed any more proof, this is illustrated by Skid Row Marathon, a new documentary that has won a slew of US film awards and launches in the UK on London Marathon weekend.

It tells the true story of a group of runners, former homeless and drug users from LA’s Skid Row, who are trained over a period of four years by Los Angeles Superior Court Judge Craig Mitchell to run a marathon.

If club members refrain from drug abuse, and stay off the streets and out of prison, the judge will them round the world to run marathons. If you’re training for a marathon or any race, you probably appreciate just how much the effect of having that discipline of getting out and training has on your life, add to that the friendship groups that you make when you run, and you can probably already get a taste of how transformative the project ends up being.