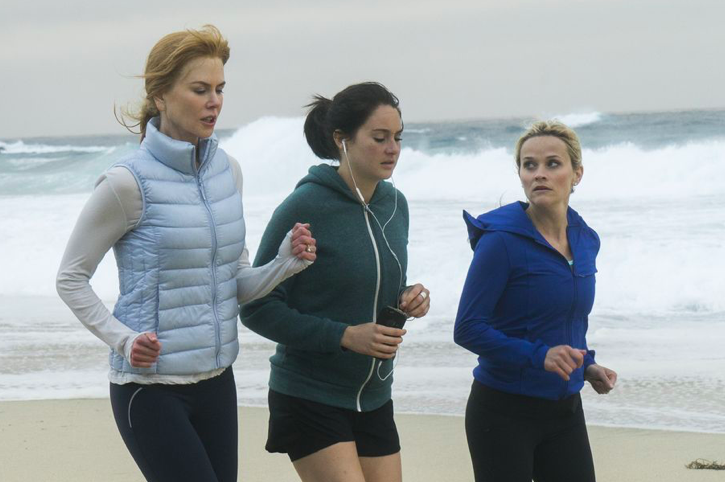 Here at Girls Run the World, we really love the NowTV show, Little Big Lies.  And it’s great that we see the three main female leads, played by Nicole Kidman, Reese Witherspoon and Jane Chapman running, particularly the scene in Series One where they all run down the beach together.

It illustrates the solidarity, support and mental space that running brings, particularly when you go out for a run with friends. But…and we hate to say it, you can also learn a lot from this clip about how NOT to run if you want to move with good technique.

Three things to to avoid when running, as taught by Little Big Lies

Nicole Kidman’s character, Celeste runs gripping her hands into fists; it’s probably demonstrates the characters anger and pressure to hold things together BUT from a running point of view, this causes the chest muscles contract which can then affect your breathing while also causing the shoulders to tighten. Instead, keep them nice and relaxed as if you’re holding two soft peaches in your hand and you’re trying not to bruise the flesh.

Nicole’s character, Celeste, is also using very short, snappy arm movements, but these are quite restrictive and don’t power the body.  Aim to swing the arms, imagining that you are hitting a nail into the wall with your elbow behind you and swinging it forward which really helps to drive the legs.

Don’t run while holding something in your hand

Whether it’s your phone to listen to music or your water bottle, you can see clearly here how Jane Chapman’s running style is compromised, and her range of movement affected by holding her phone. She’ s only doing it for a short bit of filming, imagine the effect on your body if you’re holding something for ages on a long marathon run. If you need to hold anything, get a hydration pack with little side pockets for your phone or water.

Don’t let your arms swing across your body

We should caveat this by saying, sometimes, your arms are helping to balance you as you run and will sometimes cross. But, on the whole, many runners don’t think about their arms properly and if you’re crossing your ‘zip line’ (literally, imagine your hoodie zip as you can see in this clip), you’re directing your momentum left and right…and where do you want your effort to be going? FORWARD!

Thanks to these leading Hollywood ladies for the tips! If you want some more tips to help your running, check out one of the Girls Run the World coaches on our YouTube platform demonstrating simple tips to make your running more efficient.