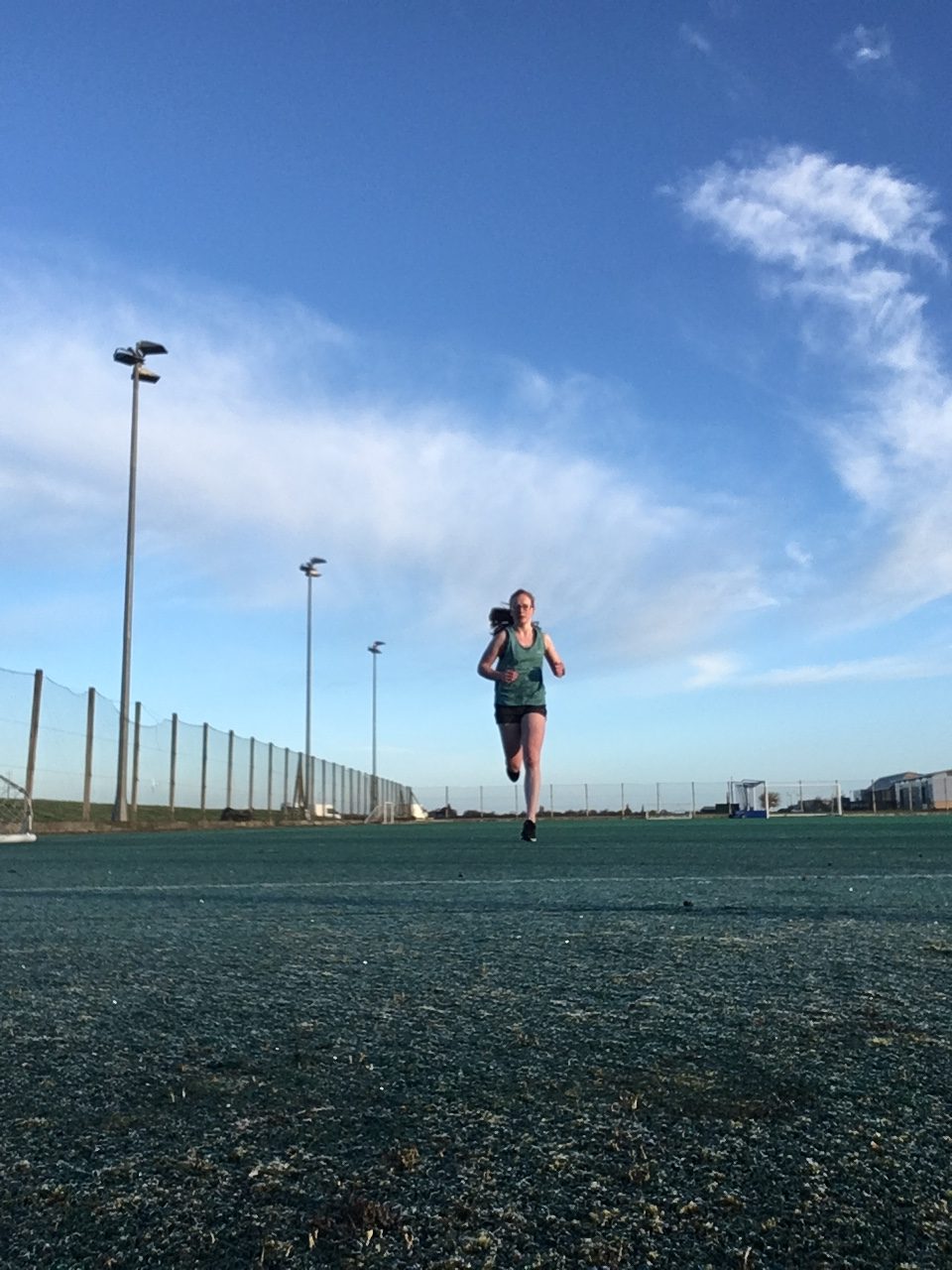 In this month’s blog, #grtwproject26.2 runner, Catriona Ward-Sell, explains how changing her running technique is helping her run..and the big change to her nutrition When training for a marathon, it’s easy to let an obsession with stats and goals touch every part of your life. ‘Will I finish work in time to get my long run in? Will these biscuits I’m eating fuel or hinder tomorrow’s paces? Should I take my foam roller to the cinema with me?’  I have also been thinking about how my running fits into the bigger picture of my life, health, and the world around me. This has resulted in two fairly dramatic changes in my running career.

Firstly, I’ve decided to continue my marathon training as a vegan. I’ve been vegetarian previously for a 13 year stint but cycling 8000km solo across Europe in five months during 2017 ended that. I was welcomed warmly into the homes of strangers across the continent with a bowl of chicken soup, or hearty traditional meal. Call me ill-disciplined, but in those grateful moments, I felt in no place to refuse such hospitality. Indeed, after cycling up to 150km in sub-zero Serbian winters, I didn’t exactly feel like refusing such delicious food, either.

Joining the Army upon my return, I found little motivation to switch back to being vegetarian. Fully catered for during training, the Army’s vegetarian options are unvaried, and on exercise, beans aren’t always the best fuel for moving at quick readiness.

Now that I’m out of training, I have more control over my diet, and having read and heard so much recently about how bad meat and diary is for the planet I’ve found that I’ve been reflecting on this. After all, a 30km run through local countryside not only gives exposure to nature, but also two hours of thinking space within it.

However, I was nervous about going vegan and the effect that having less protein would have on my running. But a conversation with some vegan runners put my mind at ease, and I decided to make some changes. These changes were reinforced by keeping a nutrition diary by Girls Run The World to check that I was fuelling well for training and recovery. I won’t go into the recipes here but I’ve noticed a few differences in my running since changing my nutrition.

I’ve felt lighter on runs, and my recovery time has been noticeably quicker. I think this is because I’m being more mindful on the whole of getting the right nutrients – tracking it all on My Fitness Pal, I’ve surprisingly not lacked protein at all. I previously didn’t pay much attention to macros, just “ate normally”. It’s likely that any increased mindfulness to a training diet will cause positive changes, but  veganism has definitely played a part. However,  my transition to a plant-based running diet (where I can – sometimes, I’m forced to vegetarian) is not necessarily a fast track to improvement. There’s been negatives too. Perhaps similar to living on Army ration packs of beans, beans and beans, I’ve had an increasing need to ensure that a public toilet is on my running route. Vegan runners certainly don’t lack fibre in their diet!  That’s something I need to remedy before the marathon.

Speaking of my upcoming race, this leads me on to the second significant change to my running since I’ve been coached by Girls Run The World. Knowing that speedy running will have to take a back foot, I’ve started concentrating on, well, the back of my feet. Namely, my ungainly (yet somehow uneconomically not-slow…!) running style: heel striking.

I immediately identified to Tara, my coach, that I was a heel striker, but that I would like to change this. It’s not that I heel strike occasionally or when I get tired: every single pace of mine is an over-stretch.  It’s been proven time and time again that forefoot and mid-foot strikers are the speedy runners over the distances I enjoy.  However, getting out of a habit I’ve had for long is going to be painful. It will be a gradual, sometimes frustrating, and slow process, but ultimately worth it… much like running a marathon!

Slowing down my pace but getting lots of miles in has given me the opportunity to address my form. Tara has given me lots of tips, such as concentrating on my hips rather than the actual heel itself, and how the entire leg works – not just the foot. Initially, just a few kilometres would have me in major DOMS (delayed onset muscle soreness) the next day. Now, I have completed an entire parkrun without reverting to heel striking.  So far, I’m not  identifiably quicker but it has given me the potential to work on that sub-19 parkrun and sub-40 10km which has so far eluded me. Not only this, but running with a better form should allow me to have a longer and healthier running career.

So, all in all, marathon training is proving to be quite a health-focussed, holistic and spiritual journey. With quite a few public toilets on the way!