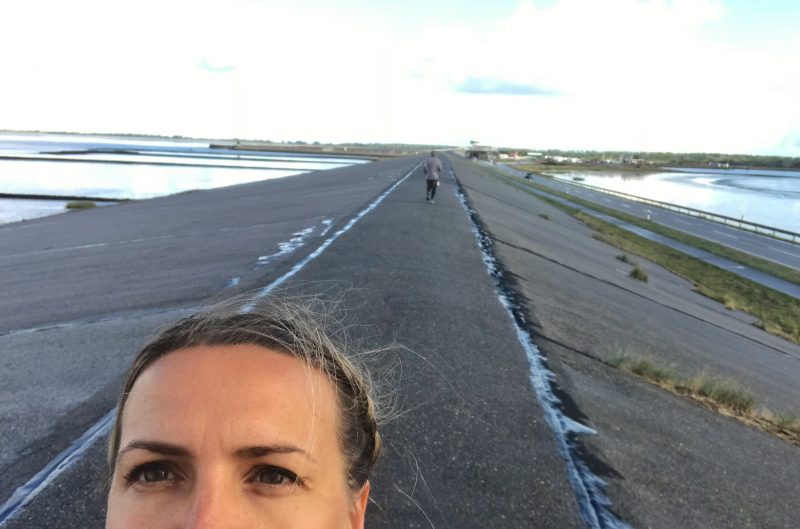 A few months ago I got a call from my friend Tom asking if I fancied taking part in a relay team for Ragnar in Hamburg. Our last event in 2013 had been in San Francisco, where I’d run over the Golden Gate Bridge so, to be honest, the box was pretty much ticked with bells on. But since I’m currently training for a 38 mile ultra event, I thought at least it would be a good training weekend.

You see, Ragnar is not really about running, it’s about everything else that goes with it; it’s an adventure with your friends where you get really tired, probably lost, and go a bit feral. And if you get the right team, you spend most of the time struggling to speak not because you’re out of breath due to running but from laughing so much.

To get the most out of the weekend it’s all in the planning. Think about how best you can look after everyone on the team so that they can enjoy their experience. Our team leader knows what he’s doing so he matched each relay legs to each individual’s running ability based on distance (each relay leg can vary in distance), running experience and who would be best to run in certain areas in the dark. For instance, some of the relay legs are van supported and so, while they can be a bit longer, suit runners who prefer the security of a van nearby.

Sorting out a buddy system over night so that everyone has company when they need it is also vital – and most importantly, get an extra, non running person to drive.

Needless to say, in Hamburg we had no driver so were doing it all ourselves which unfortunately meant a few mess ups, like turning up at the wrong checkpoints at the wrong time. It meant one of our runners, Will was left stranded at the end of his leg but he fortunately made friends had eaten chips and got chatted up while he was waiting for us.

Also, keep the van tidy – I can be terribly messy but it’s exhausting if you can’t find what you need when you need it, especially at night. We kept a food, drink and lie down section at the back of the van, wipes, loo roll, bin bags in the passenger door and all the high viz and lights in the driver’s door. On that note, any extra head torches, or lights of any kind are super useful at night.

As a physiotherapist, I’d also recommend you try and keep moving. Once it gets cold at night it’s really tempting to hibernate in the van but your legs will stiffen quickly. Get out, walk around, support the others runners and do a few stretches; your legs will really appreciate your efforts.  And eat!

Realistically, sleeping is unlikely so keep fuelling your body so it can keep going. Try and rest but don’t be upset if sleep doesn’t happen, your adrenaline will be pumping and it’s hard to totally switch off. Even if the day is warm you will get cold, I thought I had over packed in Hamburg but was so grateful for all my extra layers and especially my beanie hat and waterproof.

But most important of all, bring the right attitude. We vowed to never mention if we were cold or tired, as it’s pointless. That’s the challenge and that’s the bit that makes it worthwhile.

There are big highs and big lows often in the same mile. I was running through a cabbage field at three am panicking that it looked like an episode of Wallander when suddenly the clouds cleared, a huge moon appeared and shone so brightly that I found myself singing my heart out to Razorlight feeling like the luckiest girl in the world to be there.

So am I pleased I went to Hamburg? Of course. Was it better than San Fran? Actually it was, because I made some amazing new friends, had the biggest adventure and enjoyed so many belly laughs and that’s what a Ragnar is all about!