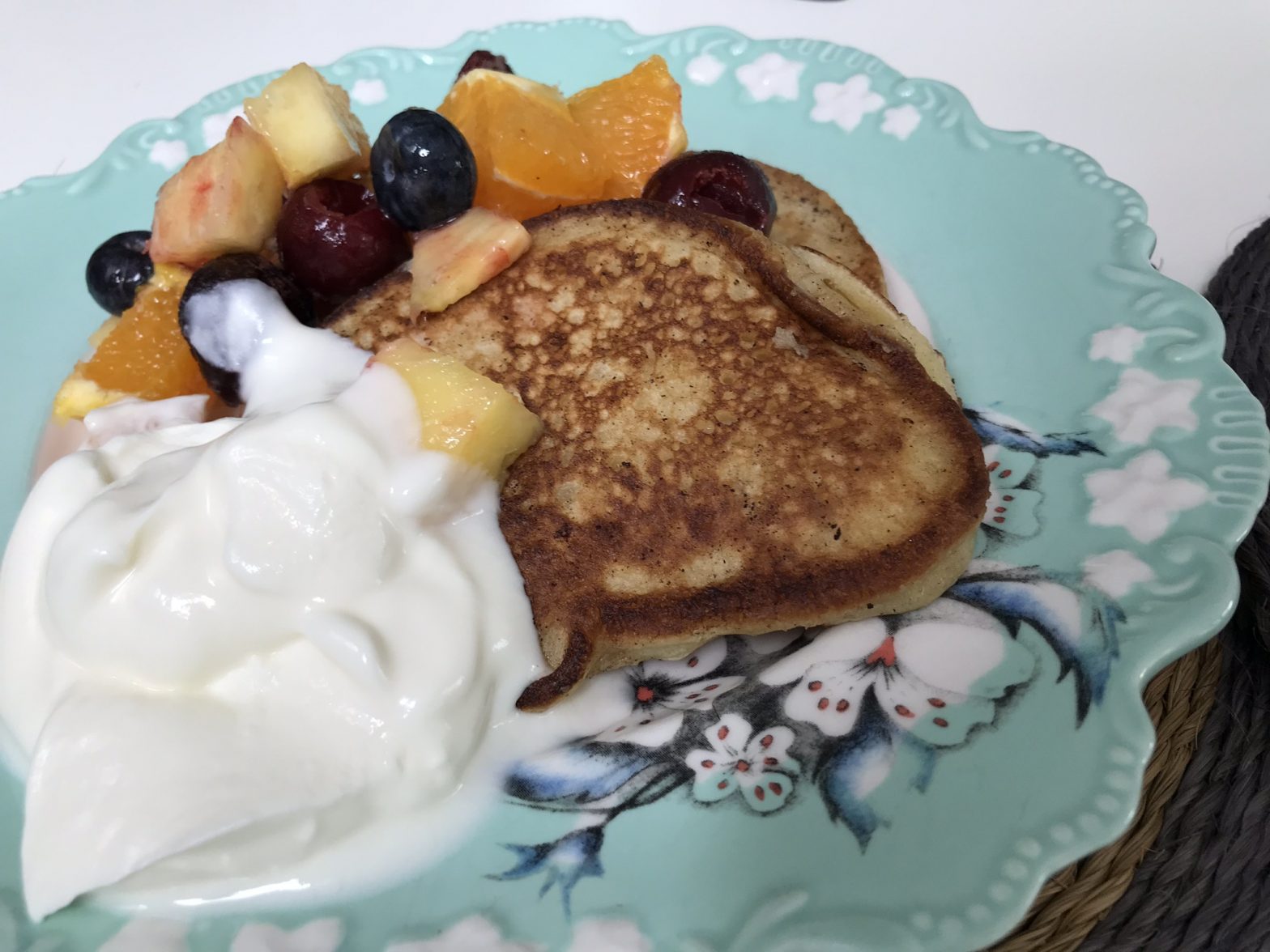 We don’t know about you, but we often fantasise about what we’re going to enjoy eating during a long run. And so after we tried a version of these at Ott0lenghi one weekend, we had to give them a go ourselves. They’re delicious, and make for a perfect post run brunch at the weekend… 3/4 cup of milk or non-diary substitute

*for an added protein kick, replace the flour with almond flour although it will make for a denser, less fluffy pancake.

Combine, flour, baking powder, sugar and cinnamon. In a separate bowl, whisk ricotta, milk and the yolks of the eggs.  Combine with the dry ingredients and add the egg until it forms a smooth mixture. It should be a thick batter so if need be, add more milk. Meanwhile, beat the egg whites until they form soft peaks. Gently fold into the mixture.

In a hot buttered grill pan, drop two ladles of the mixture into a hot pan. Turn the heat down and wait until you begin to see the edges brown and little bubbles appear on the surface. Now flip over. Cook until golden both sides, put to one side in a heated oven until all the mixture is done.

Serve with fruit salad, Greek yoghurt and a drizzle of maple syrup. Sit down, devour!

The best thing about these pancakes is, if you make too many, you can keep them and eat them the next day as snacks.