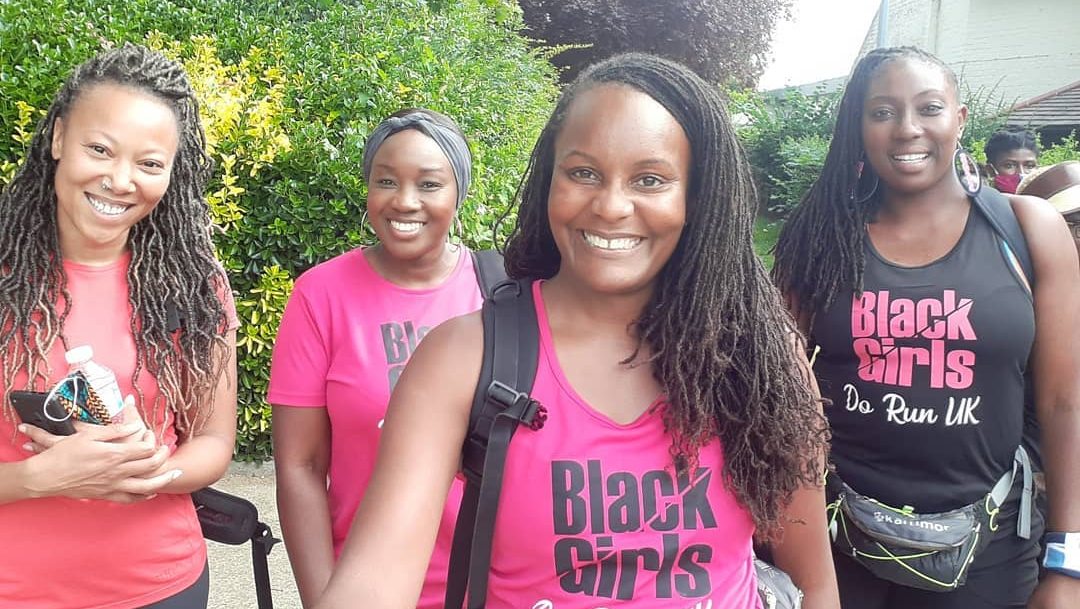 Tasha Thompson, 43, from London is the founder of Black Girls Do Run UK. Last year, she set up the online community to inspire black women to run for their health, fitness and mental wellbeing.

Tasha started running 21 years ago, she started out in the gym on the treadmills and made the switch to running outdoors and entering races and she hasn’t looked back. We wanted to find out why there aren’t many BAME women running and how we can promote diversity in the running world.

Have you noticed an increased number of black females taking part in races?

It’s definitely increased. My first race was in 1998, and it was very rare to see any black females. If there were any they were always much older than me, I was around 22 when I started. It was like ‘spot the black female’.

It didn’t put me off running because I loved the experience, but it did make me feel like I stuck out a bit.

Is that what prompted you to set up Black Girls Do Run UK?

Yes! Even now we’re in 2020. Everybody knows the benefits of being healthy and active but participation from BAME women is still low, although it is getting better. It seems we are more geared towards going to the gym and spinning classes instead of running. Running is so easy and accessible, all you need is some decent running shoes and a decent sports bra to start with. Just open the door and go!

What did your friends say about your running when you were in your early 20s?

They thought I was mad because I wasn’t doing what the majority of black females were doing.
Growing up as a black woman with Caribbean parents, we grew up with this narrative that there are certain things we don’t do. We don’t swim, we don’t ski and we don’t run unless you’re an elite athlete. We feed into this narrative and end up believing it, so we just don’t do it.

Who’s Black Girls Run UK aimed at? Is there a specific demographic or age range?

People who seem to be most interested are women over the age of 25. We show regular black females running, we’re not particularly fast runners or particularly competitive. We’re just running for our own mental health, to keep healthy and to set an example for our children.

Where do you think this narrative stems from that black women don’t run or swim?

I think it’s because we don’t see it, it’s not the norm. We feel like it’s for other people and not for us. I think many women feel that they’ll stick out or nobody will talk to them so they don’t get involved. You become so self-conscious that you just don’t do it.

Do you think social media has helped with elevating the conversation around this?

Social media is such an important tool! Putting out images of black women running is representation itself, it’s showing black women – ‘hey, you can do this, there are people running that look like you.’

It’s not about excluding anybody, its encouraging women who wouldn’t think about doing it to try it out. When I started I didn’t have a problem being the minority but some women don’t have the courage because they don’t want to be the only one.

What responses have you had from women that have joined Black Girls Do Run?

We’ve had a few women that would probably never have considered running until they saw me run. It’s about building confidence and self-belief that you can do this, you don’t need to be fast. We’re not trying to be elite athletes, we’re just trying to be active, healthy and have fun.

Why should women join Black Girls Do Run?

Right now, we’re all keeping each other motivated. We’ve been doing a monthly relay marathon, we split the miles between however many of us are interested. We also have monthly runs in London parks. In the future, we’d love to see Black Girls Do Run in different cities across the UK – we’re London based and we can’t be everywhere.