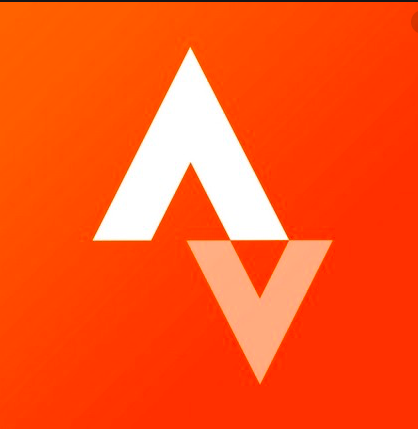 As we bid goodbye to a decade, the founder of Girls Run the World, Rachael Woolston celebrates the advances made in exercise and running for women but calls for more advances to be made in the next.

This simple tracking app first launched in 2009, but it is in this decade that it has had the biggest impact on women’s running. I joined in 2012 and have slowly seen the number of women using it explode.

Most positive of all, it helped to introduce women – and men – to what pace was, how this can positively affect their training and created online communities where women could be inspired by other female runners.

I first introduced some female runners to Strava in 2013, and saw their distrust and befuddlement turn to a healthy training device. If it isn’t on Strava, it didn’t happen began to be a common phrase used by many.

I’m not sure what the future holds for Strava, as I’ve noticed women beginning to tire of it and switching to there formats but we’ll see.

Ten years ago, most women were worried about running a half marathon. Nowadays, women regularly enter more than one marathon a year and are increasingly looking for bigger challenges, stepping up to ultra marathons. More independent income means more women can choose what they train for and when.

In the decade to come, I think more women will begin to value shorter distance combined with those who choose to switch to (excuse the pun), women’s triathlon.

In February we will be launching our first Project Triathlon, remote triathlon coaching group for women. Subscribe to our newsletter for this and other details of our video streaming online programmes in strength, yoga, physiotherapy, nutrition, psychology and more.

Running clothes for women have transformed – ten years ago, when I first started coaching female runners, the only running leggings were black and you had the choice of Nike, Reebok or Adidas. As for the running jackets and tops, you had a choice of black. Or pink.

Nowadays, with the advent of Sweaty Betty, Lululemon, Decathlon, Ashmei, TribeSports (truly underrated, check it out) and a host of other independents, the styles and technological fabrics that are now available to female runners are incredible. And hurrah, no longer are we all typecast as someone who wants to wear pink.

What now? Better design for performance rather than just style over substance. Yes, SweatyBetty, we love your shaping technology but can it perform better? And more apparel for different price ranges. We applaud Decathlon but where are the other stylish, sustainable, performance wear for all budgets?

Crop tops or armoured plating, appeared to be the only types of bras on offer, neither of which supported the bigger chested end of the scale. This is slowly being addressed by companies like Brooks and Runderwear but it is still an issue for anyone over a size F. And I have to wonder, who do they consult on the design? Because some of the hooks, clasps and fastenings on some manufacturers (I’m looking at you Shock Absorber) are really, really hard to do up.

It may have been established in 2004, but it is only in this decade that Parkrun has truly revolutionised running in this country – and elsewhere in the world. Before Parkrun, running wasn’t even a consideration for millions of women who grew up having shunned PE at school, and thought that running was only something for Olympians.

Well, this unassuming timed run every Saturday has helped introduce millions of women to the empowering nature of running, boosting confidence, fitness levels – and introducing the concept that competition and running with others can be an incredibly positive experience.

We can only hope this continues and more women gain more confidence about their ability to run fast (whatever this is for them) in the decade to come.

Both good and bad, the launch of Instagram in this decade has seen a rise in the number of running influencers, everyday women who began charting their running journey on Instagram. There are terrible examples of this out there, but also amazing female running influencers whose stories, journeys and authentic experience resonate with women and help to motivate and inspire.

Instagram exploded so quickly, but how long will it last ? Lots of influencers are now getting their own websites. Will they need IG quite as much?

For years, you read magazines about how to run, technique, physiology and biomechanics and male coaches were the only ones interviewed. This is beginning to change, although not quickly enough.

There are some incredible female coaches in running and triathlon around the UK offering a more measured and holistic level of coaching that combines all the expertise of a male coach, with an understanding of the reality of juggling that is required of most recreational female athletes.

Our mission at Girls Run the World is to represent female coaches in running, triathlon, psychology, yoga, nutrition and more on our platform. Get in touch if you want to know more.

More women – and men – began to appreciate the importance of strength training to get strong for running, rather than running to get strong. It means less injury, better performance and a more balanced training life. https://girlsruntheworld.co.uk/courses/

The launch of online communities such as Run Mummy Run and This Mum Runs, gave so many women a way of exercising and meeting others, introducing them to the start of a running journey that has helped transform lives.

Girls Run the World are the next generation, a platform providing content and coaching via streamed videos that encompass incredible female coaches and experts to empower women through training in running and triathlon, regardless of life stage or level, helping individuals to become the best they can be.

Running races used to seem as if they were the sole preserve of athletics clubs that appeared to be stuck in the 1970s. Nowadays, more commercial companies and better race organisers have now entered the market. Yes, event prices may have gone up but racing has become a weekend experience, rather than just a ‘race’ and this has transformed the face of running. EnduranceLife and Lakeland Trails series led the way, and Maverick Races are now leading the way. Now, the next step has been into running festivals.

At Girls Run the World, we are now calling for more toilets for women (why not a peeing tent au natural?) and a more sustainable experience for all.

From TrainerRoad to Training Peaks, Strava to Zwift and Sufferfest, sports tech to create remote coaching accessible for endurance training exploded. Most were created, engineered and founded by men. Our mission is to change the face of online sports performance tech, creating training software for female athletes.